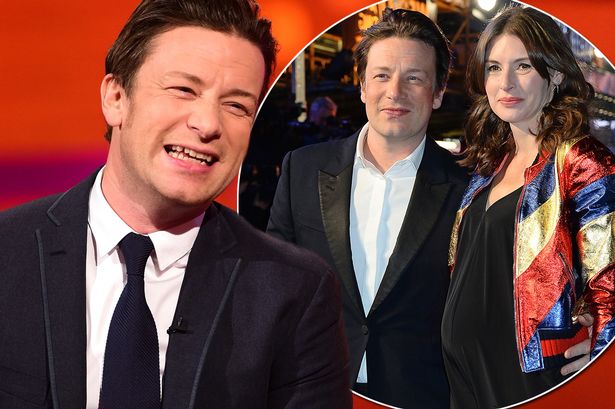 Jamie Oliver has admitted his family were as shocked as he was that his wife Jools is expecting baby number five.

The TV chef, 40, confirmed the pregnancy news with Jools by his side showing off a prominent baby bump on Wednesday night at the London premiere of Eddie The Eagle and said the pair are “really pleased” to be adding to their brood.

“I thought we’d have a couple of kids but that’s about it.

“Basically I do what I’m told but she’s an amazing family maker and I just go with it.”

Asked if he wanted a boy or a girl, Jamie added: “You know what, I’m always grateful for what I get, it would be nice to balance it out a bit.

“A bit more testosterone would probably be a good thing, but do you know what, I’m just grateful for whatever I get if it’s healthy and I mean that sincerely.”

Speaking at the film premiere red carpet, Jamie also said he had not thought of any names yet and would leave that decision up to Jools.

He said: “If I’m honest I go with the flow. Not that I’m giving you advice but part of a successful marriage is to go with the flow and shutting up when need-be, so we’ll see what names she comes up with.”

He also said he expected this to be their last child, adding: “I think so yeah, I mean it’s just getting ridiculous otherwise. This was not expected, I can’t even believe I’m saying it. I think my own family were like ‘really?’.

He added the secret to keeping his wife happy was to spoil her, saying: “Whatever she wants really. Massages, kisses, roller service, I’ll try it all. I mean I’ve run out of tricks but I’ll try it all. Just lots of love and cuddles really.”

The couple’s baby is due in August.

Scientists in Vietnam have confirmed a case of bi-paternal twins, or twins who have different fathers. more