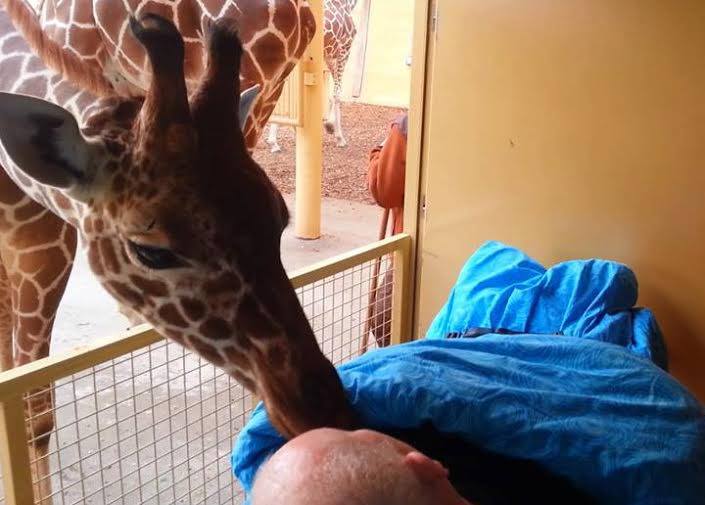 A 54-year-old maintenance worker, who has terminal cancer, who is only known as Mario, asked that his hospital bed be wheeled into the giraffe enclosure at Rotterdam’s Diergaarde Blijdorp zoo.

One of the giraffes appeared to recognize Mario and approached and kissed him goodbye.

‘These animals recognised him, and felt that (things aren’t) going well with him. (It was) a very special moment. You saw him beaming,’ Kees Veldboer, founder of the Ambulance Wish Foundation which transported Mario to the zoo – told Dutch newspaper Algemeen Dagblad.

Mario, who is mentally disabled, asked for a moment to say goodbye to his colleagues at the zoo, where he spent the vast majority of his adult life.

‘It was very nice that we were able to work on the last wish of this man,’ Mr Veldboer said.

The Ambulance Wish Foundation is a charity whose volunteers take non-mobile terminally ill patients to fulfill their dying wishes. The organization was founded in 2007 by Mr Veldboer, who also drives the company’s fleet of ambulances to take patients wherever they wish to go. The ambulances are specifically designed with large windows so patients could watch the world go by while they were being transported. 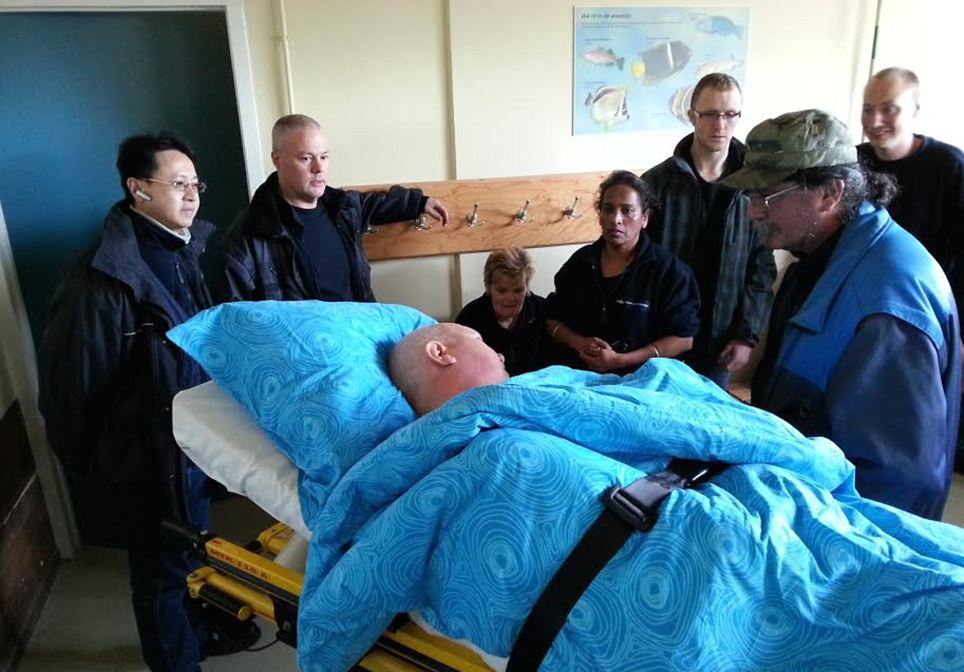 Phillip Schofield and Holly Willoughby talk to Rachel Dilley, a mother-of-three who says she never dreamed she was at risk...