Claire Henderson, a new mom from Doncaster, England, posted the shocking photos to Facebook on the 16th September. She explained how a person with no visible signs of cold sores gave them to her baby Brooke by getting close to her. In babies, that virus can be fatal. Baby Brooke was hospitalised for five days with horrible blisters that could have caused liver and brain damage. 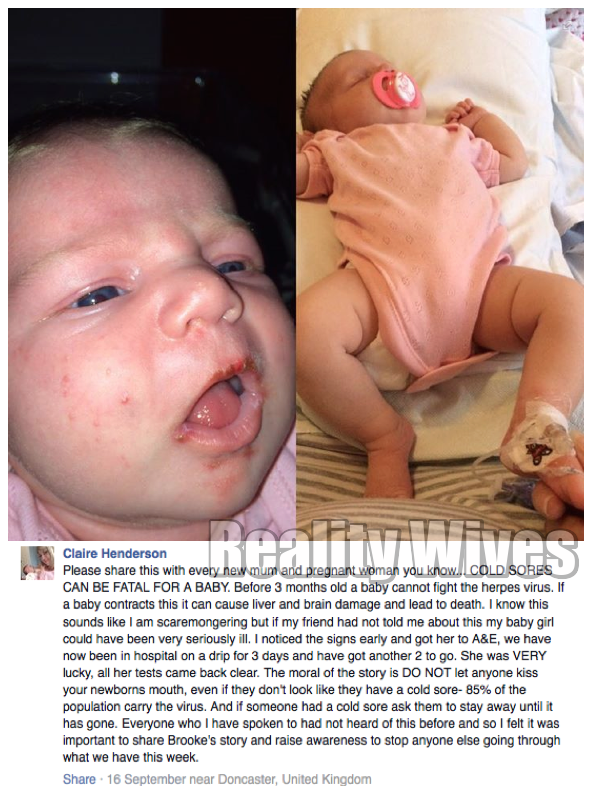 Ms Henderson is engaged to partner Steven Perkins, sent the heartfelt message below.

She wrote: “Please share this with every new mum and pregnant woman you know… COLD SORES CAN BE FATAL FOR A BABY. Before 3 months old a baby cannot fight the herpes virus. If a baby contracts this it can cause liver and brain damage and lead to death. I know this sounds like I am scaremongering but if my friend had not told me about this my baby girl could have been very seriously ill. I noticed the signs early and got her to A&E, we have now been in hospital on a drip for 3 days and have got another 2 to go. She was VERY lucky, all her tests came back clear. The moral of the story is DO NOT let anyone kiss your newborns mouth, even if they don’t look like they have a cold sore- 85% of the population carry the virus. And if someone had a cold sore ask them to stay away until it has gone. Everyone who I have spoken to had not heard of this before and so I felt it was important to share Brooke’s story and raise awareness to stop anyone else going through what we have this week.”

Cold sores are caused by the herpes simplex virus (HSV), which is carried by most people, but usually lies dormant. It can be caught through physical contact, such as kissing or even breastfeeding.

While most adults carry the virus without any health risks, it can be fatal for babies because of their poor immunity. Those in the first six weeks of life are most at risk. While the virus can be notoriously hard to detect, early signs include a baby not feeding, drowsiness, fever, floppiness and unusual crying.

The Royal College of Midwives recommends that anyone with a cold sore or symptoms of an impending outbreak should avoid kissing a baby as HSV is most virulent when the skin is broken. 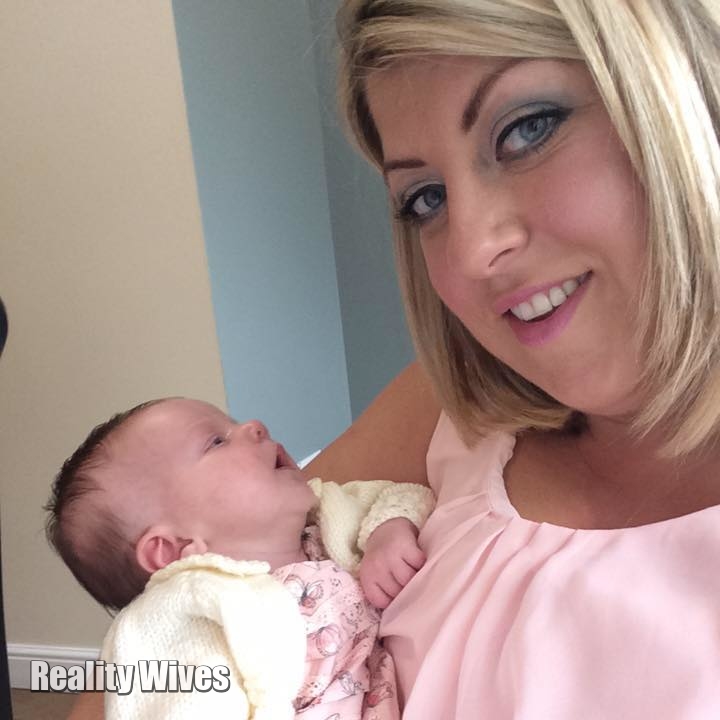 Jackie Collins has died aged 77 after a long battle with breast cancer. more