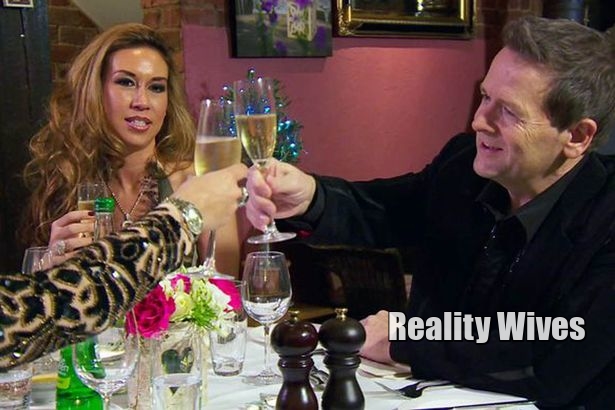 Mark Pickston, 55, has a long record of preying on the poorest and most desperate in society. Now his firm has just been fined £100,000 for running a loans scam on premium rate phone numbers. Again.

The regulator PhonepayPlus received 119 complaints about Cash Finance Direct Holdings Ltd of which Mark has been a director since 2000 and is the majority shareholder. Its text messages tempted people to call 0906 lines costing £1.53 a minute.

“I have good news regarding your credit application, “ was how one message began, customers later complained that they’d been given the false impression that they had already been approved for a loan. They also said the calls were lengthy and drawn out and they could not get their money back despite the company’s “guaranteed refund upon request”.

“I’m so upset and angry. I really can’t afford to pay £24 for this stupid scam,” one victim told PhonepayPlus,

How much of that fine will be paid remains to be seen.

The company is in liquidation with a deficit of £1million – coincidentally, that’s roughly the amount that it made from the premium rate calls, according to PhonepayPlus. Mark’s questionable operation date back to at least 1997 when the then Office of Fair Trading threatened to revoke the consumer credit licences of a string of his firms. The following year Mark traded as Horizon Finance, which claimed it could help people with bad credit records.

It charged £45 for a “service” which consisted of a seven-page leaflet containing information freely available from Citizen’s Advice.

In 1999, Horizon Finance sent junk mail offering a loan service to people struggling for cash. But if you called you were put through to a phone line which cost £l a minute. The call lasted up to 15 minutes and then you were told to call a second premium rate line. That scam earned Horizon Finance a £500 fine from PhonepayPlus, a modest penalty compared to what followed.

In 2010 it was fined £50,000, the regulator ruling that customers were misled into thinking they had already secured a loan with phrases such as, “We are happy to confirm your application has been successfully underwritten”.

None of which stopped the company having the gall to claim that complying with industry rules was “paramount to our organisation”.

Mark was married to Ampika Pickston, how is currently starring on the Real Housewives Of Cheshire which airs on ITVbe.

Ampika’s comment on the scam: “To be honest we are no longer together and we have been officially divorced for quite a few years, so it’s not something I would want to comment on as we do not have any finances or business interests between the two of us.”

Bewares of scams my friends. What are your thoughts? Post your comments below.

A mummy blogger, 42, has been charged with harming her daughter by injecting her with urine wrote in detail about...