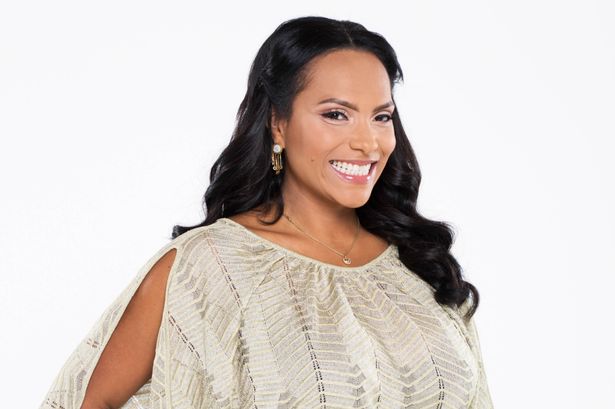 Magali Gorré speaks for the first time after it was announced that she is not returning to the Real Housewives of Cheshire for season three.

The wife of former Dutch international footballer husband Dean Gorre says the decision to step away from the hit ITVBe reality series was “bittersweet”. She decided that she wanted to spend more time with her own family, following the passing of her father last year.

She told us: “After having a while to think about series three, I made a decision, albeit very bittersweet, to take a break from the new series. Away from the show, last year was a very tough year for my family and I, dealing with various family illnesses and the sad passing of my father. Over the Christmas break I realised that with all the fantastic things going on last year and the success of The Real Housewives, I never gave myself enough time and space to fully grieve and come to terms with the loss. There are also so many positive things happening for my family at the moment too, and it’s only fair I let them all have their time to shine without being overshadowed by a Real Housewife.”

Magali fans should rejoice she says the door has been left open for her return to the show.

She added: “It is with that in mind that I’ve made the sad decision not to return for this series, and to spend some real, uninterrupted quality time with my beautiful husband and three children. But as everyone is aware, with The Real Housewives the door is always open so do not fear. I’ve had such a fun time on the show so far and have nothing but respect and thanks for the team at ITV and Monkey Kingdom and of course the amazing fans who support and watch the show week in week out. I’ll hopefully see you all soon!”

The Real Housewives Of Cheshire will return to our screens in April 2016. Three new housewives will be added this...