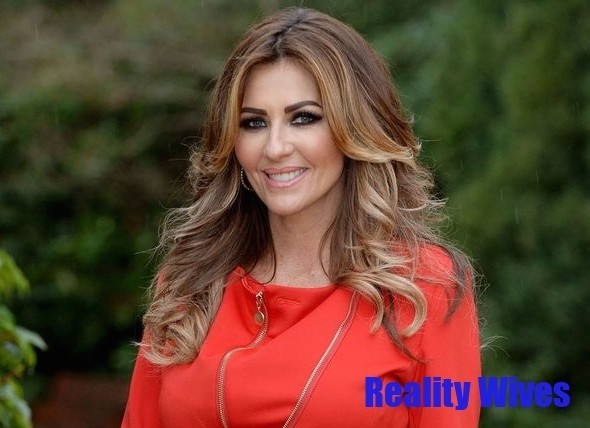 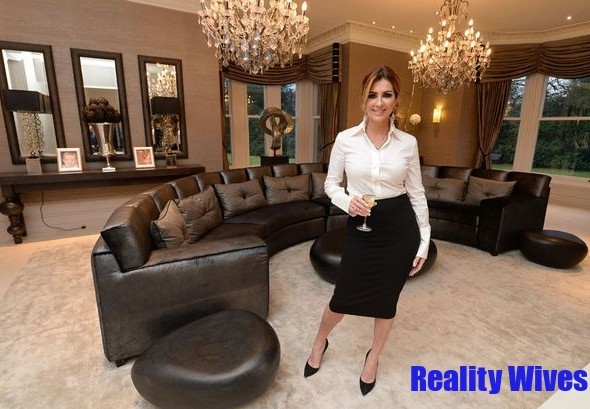 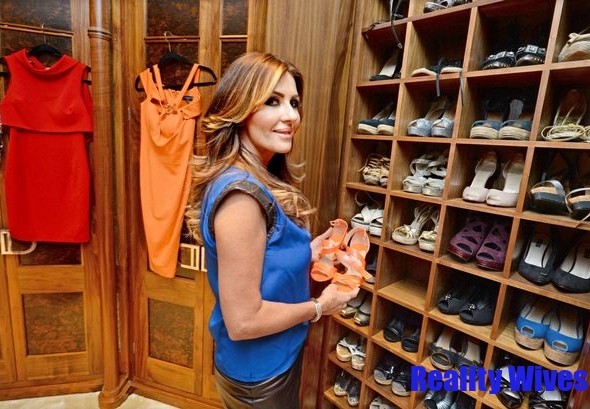 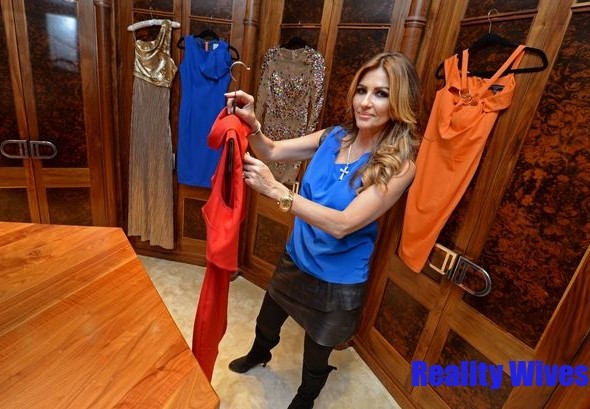 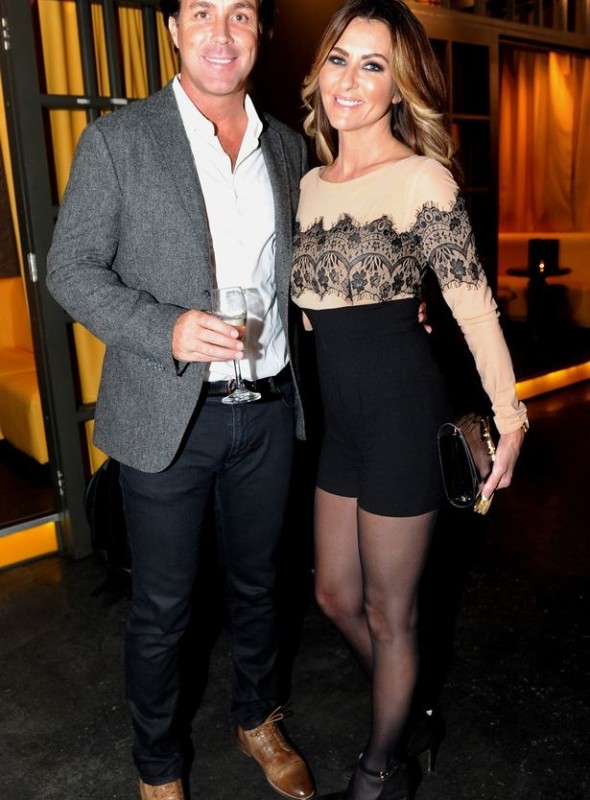 Here’s a tour of Real Housewives Of Cheshire’s Dawn Ward’s 10-bed­room, £15 million mansion crosses every box in the self-respecting WAG’s “How To” hand book.

But beneath the St Tropez spray-tan (there’s a special room for this, too) is a multi-millionairess doing her utmost to give footballers’ wives and girlfriends a better reputation. Welcome to the ridiculous, enchanted world of a Real Cheshire Housewife.

Dawn Ward, 41, who runs one of Britain’s top interior design companies with husband Ashley, the ex-Manchester City striker, says:
“I don’t need to prove myself to anyone. You’ll always get people stereotyping you. But actually all the WAGs are quite hot and cool, so at my age I’m pretty pleased. I’ve always wanted to make my own money. As a little girl, I’d look at ­magazines and think, ‘I want that – I want to be successful and have nice things.’ As an only child I was very indepen­­dent – I believe you can always get what you want if you have your health and work hard enough. I’ve always worked, I’ve always been entrepreneurial. I don’t want to rely on anyone, ever. Fortunately I met my soulmate – we’ve been together 26 years, and he’s the love of my life. But I don’t want to think 10 years down the line, ‘How much can I get from him?’ From the day we met, we’ve had a 50:50 relationship and split absolutely everything.”

Dawn the mother of four who, when not being mistaken for Elizabeth Hurley, “she’s a good-looking woman – I take that as a compliment”, is starring in ITVBe reality show the Real Housewives Of Cheshire.

With a company turnover in millions and a staff of 40 she isn’t doing the reality show for the money. Nor is it the kind of show her clients, billionaire Russians and British celebrities are likely to watch. Dawn just wants to raise her brand’s profile and secure the future for her four daughters.

Not that they need much help. Darby, 19, is a junior international showjumper who has captained her country. Taylor, 17, has model looks and got all As and A*s in her GCSEs.

Dawn says of the show: “It’s been absolutely fantastic. You hear horror stories about editing and I was worried about my business and my brand, something I’ve been building for years. But apart from a handful of negative comments, I’ve been overwhelmed by the support. I’m not getting in any photos with you like that. You look anaemic.”

So, 45-minutes and three glasses of champagne later and four shades of tan darker, I’m shown the master bedroom (enormous) with his n’ hers bathrooms. Dawn’s drop-down jacuzzi has a starlit “sky” so she can lie back and think of the Etihad Stadium. Her walk-in wardrobe is big enough to park two Land-Rovers.

Before a night out Dawn warns:
“I don’t do Prosecco, babe, only the real stuff. I have a gag reflex if anyone tries to hand me a glass of that s***.”

It turns out Dawn spends thousands, and thousands a year on top-notch fizz. Husband Ashley, 44, sighs:
“If you could find her another drink I’d be grateful. I recently worked out her annual champagne wage bill and it wasn’t pretty… she literally won’t drink anything else.”

Friends with anyone who’s anyone up north, she is bridesmaid for best pal Kym Marsh’s wedding, and designed Wayne and Coleen Rooney’s home, who are “amazing, family-orientated people”, as well as working with Steven and Alex Gerrard, they are “superb clients”, and Peter Crouch and Abbey Clancy, they’re “really lovely”.

On her clients:
“I would say my easiest client is Coleen, who I’ve worked with since she was 16. Wayne and Coleen are genuinely lovely people. I’m there every few months She’s always asking for a new set of curtains or whatever. I designed their first nursery, for Kai. My design brief was simply ‘white and wow’. There were lots of Swarovksy crystals, it was unique and beautiful. Footballers’ houses were my bread and butter for so long. But the main core of my business now is super high-end companies and huge high-end developments. I don’t peel potatoes or clean dishes. I also don’t really do walking unless I have to.”

She’s not kidding. Later her driver takes us 130ft to move from one bar to the one next door.

But it wasn’t always like this. Dawn at the age of 12, worked on a fruit and veg stall every weekend, getting out of bed at 4am and home at 10.30pm. When she met Ashley in a pub car park in Bolton she was a model earning more than him and didn’t even know he was a footballer.

“He was a Man City apprentice on £80 a week,” she recalls. “I thought he was fit, we had a bit of a chat, and then I wanted to make an old boyfriend jealous so I went on a date with Ashley. Five years later he proposed in the same pub car park.”

As well as her business empire, Dawn also organises the annual Creme de la Creme ball, the largest showbiz event outside of London. After her daughter, Aston, six, nearly died from bacterial meningitis, the couple have raised over £1 Million for the charity.

So how would this champers-swilling WAG cope if she had to live on the dole?
She says: “If I lost everything tomorrow, I’ve got a great family and ultimately they mean everything. I’d get out of bed and go and make it all again somehow. You’re born with no money, you leave with no money. For me, it’s what you do when you’re here that counts. I lead an amazing lifestyle, and I know I’m really lucky, but I don’t ever take it for granted.”

She might, though, have to work on that gag reflex…

Real Housewives Of Cheshire star Ampika Pickston caused headlines up and down the country when she revealed on national ......